Keziah George is the ultimate well-rounded role model and present-future leader. Not only is she a materials science engineer, she’s also an accomplished musician, a rated chess player, an expert science communicator dedicated to closing the gender gap in STEM and innovation. Our girls were lucky enough to witness her in action last August, when she led the Creativity Group in a demo at our Durbar. 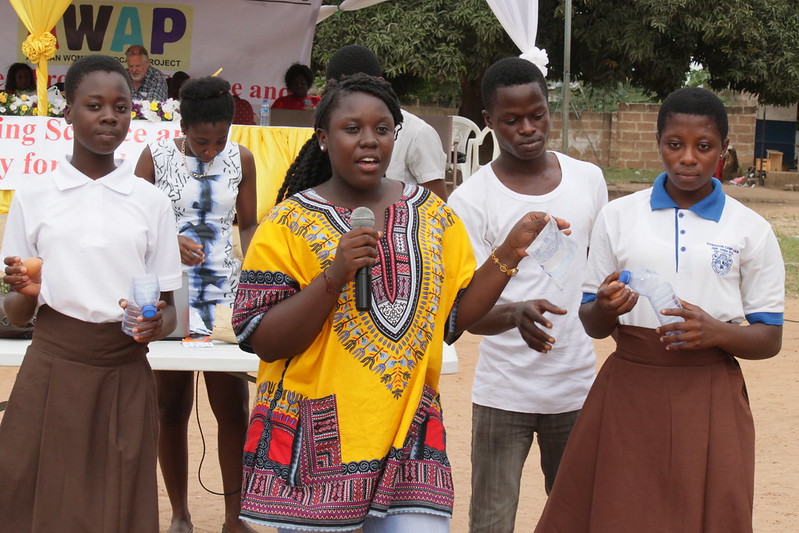 We found out that The Women In Debate group featured Keziah as their Woman of the Month in October. We share their great write up about Keziah below, as well as an interview with Keziah conducted by Jill of All Trades, so you can hear Keziah’s own words.

As Women in Engineering‘s President, my main job is to ensure that the gender gap in engineering is overcome

From The Women In Debate

✨She is a final year student at the University of Ghana, studying Materials Science and Engineering.

✨She was the Women in Engineering President for the 2015/2016 academic year. As the president her main aim was to bridge the gender gap in Engineering. She did this by organising outreaches and seminars to high school and university females to break stereotypes and ensure females stand out in a traditional male dominated profession.

I have a passion for social activism

✨She has a passion for volunteering and has participated in several volunteer events and organised one tagged “Little drops” which involved feeding, donating and celebrating Valentine’s day with the children of Osu Children’s home.

✨In June 2014, she participated in the Millennium Youth Camp, Finland which investigated fabrication techniques for producing cost effective solar cells; she is interested in alternative sources of clean energy that can be used in Ghana, Africa and the World.

✨She was Vice President of UNDP at GIMUN. She represented USA in the UN women committee at the RomeMUN 2016 where they discussed domestic violence against women.

✨She co-authored a novel titled “and the rod was spared”.

✨She demonstrates her versatility by involving in music and sports to complement her science.

✨She is a member of Masters Chamber Orchestra where she plays the cello. She is also a member of the tennis and chess team for African Union hall, University of Ghana.

✨ She was a member and the youngest of the Ghanaian team to participate in the just ended World Chess Olympiad held in Baku Azerbaijan where she became a rated chess player.

????Ladies and Gentlemen our Woman of the Month of October is KEZIAH GEORGE

Interview on Jill of All Trades